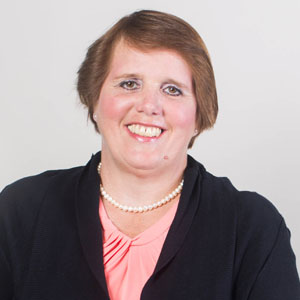 I grew up in South Dakota, moved to Iowa when I was in third grade. During my childhood, I loved babysitting, teaching Sunday school and Bible school. Following high school graduation, I went on to attend Des Moines Area Community College from 1979-1980. This is where I met my husband Mehrdad (Mike) Attarsaheli. We got married in 1980 and moved to Mankato in 1982 where we had our son David. I have had the opportunity to work at Kindercare Childcare for one-year post college graduation and was a nanny in Eden Prairie for 4 years, which helped to build my love for children. This grew my desire to run my own childcare program. In September 1999 I went on to start my own childcare in Saint Cloud which is something I knew I wanted to do since elementary school. My greatest loves are my family, nature, and the wonderful children I have had the opportunity to nurture over my many years in childcare.

I operated and directed my in-home childcare for 20+ years. I have a Bachelor of Science Degree in Elementary Education with a concentration in Kindergarten from Mankato State University as well as an Early Childhood Diploma from Des Moines Area Community College. In 2004-2005, 2005-2006, and 2006-2007 I was awarded a Who’s Who among American Teachers. I have worked with children of different ages for over 40 years and earned my train the trainer certification. My in-home childcare was 4 Star parent aware rated and during that time I wrote my own curriculum (Creative Curriculum) to plan for and support the early learning and development of the children that were in my care. To make sure the children in my care were getting the best education I could offer I used the Early Childhood Indicators of Progress and I worked on social skills, language, literacy, creativity and art, mathematical and logical thinking, and physical and motor development.

In 2016 I found myself ready for the next step in my career which was to create Love and Learn Childcare Academy with Becky Waytashek who was also a caring, in-home childcare owner. We are so excited for what our Academy can offer the Saint Cloud area. 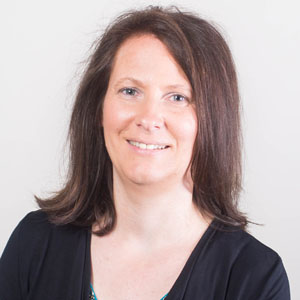 I am a Minnesota native who grew up on a farm in Pierz where I was part of a large family. We learned how to work hard and how to enjoy being a close family at a young age. After graduating from Healy High School in Pierz, I attended St. Cloud Business College (now Rasmussen College) and graduated with a degree in accounting.

I married Tony Waytashek in 1993 when I was working as an office manager. That job continued until 1997 when I had my oldest son Zach. It was then that I realized what I really wanted to do, which was to stay at home with my son and start my own childcare business which I did in 1998. I have always had a huge love for children, and I knew this was what I should be doing. My youngest son, Ben, came two years later, and I was lucky enough to have both of my boys at home in my own childcare. As a family, we love the outdoors, hunting, fishing, and having the childcare

My in-home childcare grew throughout the 20+ years, and in that time, I earned my 3 Star Parent Aware Rating. I have had the wonderful opportunity to work with more than 40 children during my career as an in-home provider.

In 2016 I found myself ready for the next step in my career which was to create Love and Learn Childcare Academy with Charla Attarsaheli, who was also a caring, in-home childcare owner. We are so excited for what our Academy can offer the Saint Cloud area.

We want our children to LOVE AND LEARN  in a positive environment where they can happily develop skills - educationally, socially, and physically - which will make them successful in all they do!

We serve families with children aged infant to Pre-K and are open Monday - Friday from 6:30 am to 5:30 pm.